"To make a dream come true, just take two" is how Marvin Gaye put it in his hit "It Takes Two". Sometimes less is more when it comes to creating magical moments – as the new series ACT Duo Art proves:

Duo Art – it is the most reduced form of making music together, while no less rewarding. When it succeeds it is the smallest big-band in the world. Two people all alone. Complementing each other, scrutinising, and telling each other their opinion – a fascinating ear-to-ear dialogue. Spontaneous and intense, call and response – jazz in its purest form. A musical tight-rope act without a safety net. Ideally, wonderful art results. The duet can be found all through the history of jazz. The oeuvre of every great jazz musician simply cannot be without its duet recording.

The duet has also always been a source of fascination for ACT: "How will two musicians react to one another? Will they find a common ground and will it lead them to new heights?" To this day, ACT continues to seek new answers to these questions, and it dares to experiment with the most diverse of musician constellations. 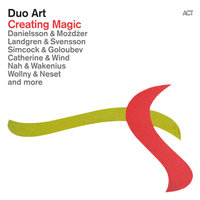 "Creating Magic" is a presentation of more than 20 years of ACT Duo Art and the musical trailer for the new ACT Duo Art series that documents magical dialogues. 24 pieces on 2 CDs with established ACT stars, jazz legends and promising newcomer. 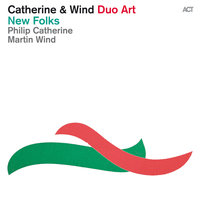 Philip Catherine - the South German Newspaper in Munich just recently wrote that he “plays things that cannot be heard by any other guitarist in the world today”. His partner on the bass, Martin Wind, is one of only a few Germans who made it in New York. Both are aesthetes that love melodic jazz with Swing roots. A meeting of generations marked by harmony and respect. 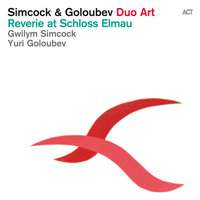 It seems inevitable that the highly acclaimed, virtuosic pianist-composer Gwilym Simcock and multi-award winning double bassist-composer Yuri Goloubev would one day record together in a duo once their paths had crossed. That moment has come with the new recording Reverie at Schloss Elmau. On this exquisite duo recording, they have certainly reached a new peak in that ambition.