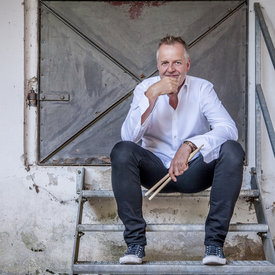 3 CD-Set with the albums "Shapes", "Round Silence" & "Heart of the Matter"
8 page Digi-Package, including Booklet

3 CD-Set: Shapes, Round Silence & Heart Of The Matter

Not only as a drummer, but also as a bandleader and architect of his own music, Wolfgang Haffner is one of the most successful German jazz musicians of our time. Three albums released between 2006 and 2012 are essential for his popularity today. "Shapes", "Round Silence" and "Heart Of The Matter". These recordings, which are no longer physically available as original albums, are now released as a 3 CD "Essentials" set: "Music with engaging melodies, realised by subtle arrangements full of interesting touches " (Jazzwise, UK), "organic and real, retaining an essential humanism too often left out when electronica meets jazz“ (Jazz Times, US), "deeply relaxed " (Jazz thing) and an "almost meditative instrumental music between jazz and lounge that is addictive" (Stern)… were the enthusiastic press reactions to these three albums. Wolfgang Haffner is a past master when it comes to atmosphere, groove and flow. His unmistakable feeling for the sublime in music and his ability to create mood and atmosphere are what set his music apart.

- The albums "Shapes", "Round Silence" and "Heart Of The Matter" are now physically available again, combined as an "Essentials"-Set