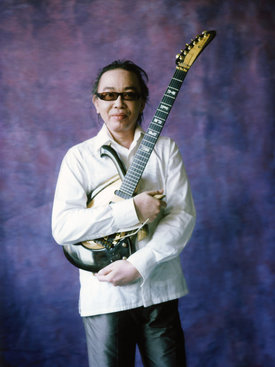 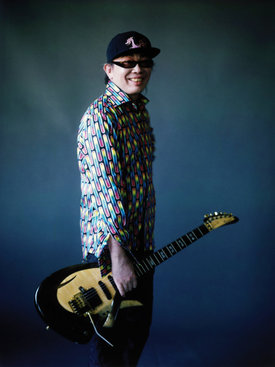 The task: To capture the lifetime achievements, and the essential essence of the best ACT-artists. The solution: ACT Signature Editions. Much more than a usual “Best Of” album, on these double CD-sets the musicians themselves picked out 24 pieces, which they feel represent the most important, significant and personal selections from their repertoire. Remastered and given the best possible post-production. An excellent introduction for established fans as well as newcomers, who have yet to discover the musicians and their art…

French guitarist Nguyên Lê, born in 1959, is an exceptional jazz musician in many regards; he was born (and still lives) in Paris to Vietnamese parents and is still strongly connected to the musical traditions of his heritage. He studied and graduated in Visual Arts and Philosophy, but as a musician he is something of a latecomer, a selftaught guitarist who began to play drums at 15 before later switching to guitar and electric bass. Lê’s first steps in the music business came in 1983 with the Afro-Caribbean Ethno-Group Ultramarine, and in 1987 he was awarded a place in the renowned Orchestre National du Jazz – the starting point for an outstanding career.

His first album as a leader, Miracles, was released in 1990, and from then onwards he played with almost every outstanding European jazz musician and became regular soloist with the WDR Big Band. Being a natural workaholic Lê founded several bands and ensembles, of which the powerful trio E_L_B (Peter Erskine, Lê and Michel Benita) and his “Jimi Hendrix Project” are probably his most famous and successful.

Nguyên Lê opens his Signature Edition with a kind of prelude: the previously unreleased track “Magic Constant” introduces the listener to his incomparable musical kingdom, full of very different landscapes. “I am the personified fusion of cultures,” once he said, and his compositions and interpretations certainly combine forms, styles and elements in a previously unknown, unheard way. There are pure classic adaptations (for instance on the traditional “Lo Rossinyol”) as well as abstract clusters of contemporary music; many pieces are defined by Vietnamese music traditions: By its - for Western people - unfamiliar harmonies, by the archaic sounds of the traditional one-string-instrument Dan Bau, and by the mystical, haunting voice of Huong Thanh, with whom Lê has made four albums for ACT.

On the other side there is Lê’s great love of rock, quite normal for an electric guitar virtuoso and brought to bear on his stunning versions of Jimi Hendrix’s “Voodoo Child”. On the second previously unreleased track included here, “Louxor Dance”, Lê experiments with ambient music and trip-hop, although like most of his compositions it is still held together by jazzy frames, open enough to allow him to surge naturally into Algerian, Turkish or even Indian musical traditions. The term “world music”, widely misused to describe non-Western and fusion music of any kind, finds it’s true and complete meaning with Nguyên Lê