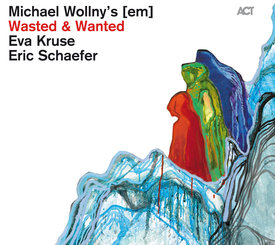 Beauty is not a very reliable term. Some find beauty in Rammstein, others find it in Die Fledermaus. It is impossible to analyze the reasons, even though we are constantly trying to do so. We can't explain to other people why we like a certain picture, and dislike another. Apparently there was a time when Schubert was considered kitsch by some.

As for the truth, things aren’t always much clearer. Some claim that once in a while, a lie can be more honest than the truth. We often lie in order to convince people of our truth. We are looking for an intensity of truth, which can only be achieved by stylization and choreography. Werner Herzog calls this the ecstasy of truth - maybe Mahler would have liked that term, too.

When a band is locked inside a studio, trying to search for new music, they can't avoid pondering these subjects. Of course we want to achieve beauty, and of course we want to be as honest as can be. But how close to reality can a piano trio actually sound on CD? Can acoustic music be made real in this artificial space? Or, to phrase the question differently: why aren't we still amazed by the fact that a symphony orchestra starts to perform in our car as soon as we connect the iPod?

Kraftwerk found themselves in the exact opposite position. Synthesizers were at home in an artificial environment, and ultimately the speakers became the instruments the band performed on, and robots became the actual performers on stage. Some of their audience considered this to be beautiful, while others did not.

No matter when, no matter where: every musician is searching for true and real moments in music. As jazz musicians we seem to find them at times when we’re not desperately seeking them. Music can be found inside the spaces where convention wouldn't dare to look.

In other words: The confusion of terminology is truly wonderful. MAKE UP YOUR OWN RULES! This is jazz.

“Whatever you do, question everything around you and don’t simply follow authorities.” While this attitude might be associated by some with punk music, it was also adopted by jazz visionaries like Miles Davis and Albert Mangelsdorff. Reinventing yourself, discovering something new, making a clean sweep, being a bit of a rebel and always being driven by creativity – this outlook also applies to Michael Wollny, Eva Kruse and Eric Schaefer.

Michael Wollny once said that they wanted to have some punk in their jazz. Breaking boundaries is the philosophy of the trio and certainly holds true on “Wasted & Wanted“. European jazz tradition, indie rock, Western and contemporary art music, sound experiments and some punk attitude – this all merges effortlessly and uniquely together and makes the trio one-of-a-kind. The potential of the band was discovered early on and they took the jazz world by storm. They have been highly acclaimed ever since their debut album “Call It [em]“ was released in 2005, and the German newspaper DIE ZEIT even called them “the world’s most exciting piano trio". Their album “[em] live at Jazzbaltica“ from 2010 was hailed as “the finest jazz album of the last quarter of a century” by the well-known English critic Stuart Nicholson and it received the Echo Jazz award for “Best Ensemble National”.

On “Wasted & Wanted“, the listener won’t hear be greeted by overtly intellectual and ostentatiously academic jazz, but rather extremely energetic music with some nearly telepathic interaction between its creators. Such energy levels are seldom reached in jazz. The pianist Michael Wollny, who is stylistically absolutely unique, proves once again why (according to the Hamburger Abendblatt), he is “the strongest personality in the German (jazz) music business since Mangelsdorff”. Eva Kruse’s pulsating bass is the driving force of the trio, while drummer Eric Schaefer is full of rock energy with his insistent, versatile and richly coloured sound. “Wasted & Wanted“ exudes fresh, unconventional, continuously surprising and exciting music that is full of creativity, power and virtuosity.

Four pieces on the album were not written by Wollny, Kruse or Schaefer, but nevertheless they seem like tailor-made for the trio: their interpretation of the funeral march from the Symphony no 5. by the musical innovator Gustav Mahler is a dusky and almost claustrophobic ballad. They also construct their very own version of Heinrich Heines’s poem “Ihr Bild”, that was set to music by the German classical composer Franz Schubert in 1828. Wollny’s interpretation of Luciano Berio’s “Wasserklavier” is a dreamy interlude, while “Das Modell” by the German electronic pioneers Kraftwerk begins mysteriously and rises into a bubbling climax.

Wollny, Kruse and Schaefer take us along on a high intensity musical adventure, full of enthusiasm. It is an adventure that changes its colours like a chameleon: it’s about tracing new sounds and experiencing different emotions. Energetic and ecstatic, mysterious and contemplative, melancholy and overwhelming, performed with heart and brain, powerful and wild - the album is all of this and more.