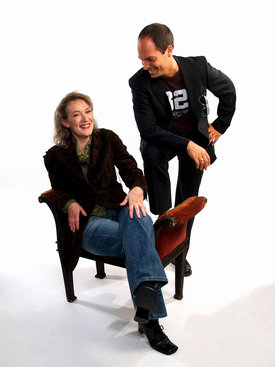 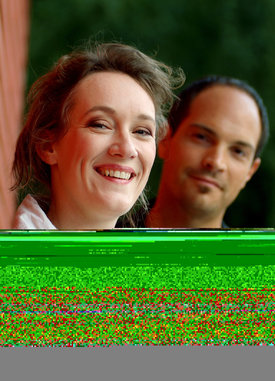 It is difficult to imagine two greater opposites. On the one hand, Jazz, the rough companion who made ends meet in the big cities of the 20th century. On the other, Emily Dickinson, the quiet poet from a Calvinist family, who spent all of her life in the rural community of Amherst, Massachusetts. When Dickinson died at the age of 56 in 1886, jazz had not been born yet. It was no more than a dark premonition, lingering in the dank swamps of the Mississippi delta.
Do they go together? Without doubt. But to achieve this union requires a unique talent. Great musicianship. A feel for words, images, and sounds. It requires the ability to invent tunes that linger in the ear and move the heart. Only then can we fully appreciate the brittle, secretive art of Emily Dickinson. Julia Hülsmann, recently described by the WELT AM SONNTAG as "currently the most prominent pianist in the jazz scene", has all the required skills in abundance.
All of this has been well known since the release in 2003 of her debut on ACT "Scattering Poems" (ACT 9405-2). This "work of gentle brilliance" (Rolling Stone), which set the poems of American avant-garde poet E.E. Cummings to music, was presented with the German Jazz Award. Similarly the second album, "Come Closer" (ACT 9702-2), a homage to Randy Newman, showed Hülsmann’s skill in merging words, contemporary jazz and pop. The WESTDEUTSCHE ALLGEMEINE ZEITUNG praised the album, by saying that the Berlin pianist succeeded in "celebrating a great songwriter comprehensively while creating a refreshingly unique acoustic adventure. Randy Newman himself hasn’t been heard this pleasurably and effectively for some time, even on his own albums."
It’s no surprise that Julia Hülsmann and Randy Newman go together so well. Hülsmann is an excellent songwriter in her own right. One of the accomplishments of "Good Morning Midnight" is that she makes Dickinson feel almost contemporary. Despite the strict formal structure of her verse. Despite the subject matter, that sometimes seems otherworldly in its affinity with abstinence, and tranquil purity of observation. Hülsmann approaches these poems with great respect and care, and yet she finds an abundance of harmonic and rhythmic tension within these works.
The intense interplay within her trio with Marc Muellbauer on bass and Heinrich Köbberling on drums, is one of Hülsmann’s most important musical constants. The new partner is the singer Roger Cicero, son of the prematurely deceased pianist Eugen Cicero. It’s a new partnership that goes against the grain. Both Hülsmann’s previous recordings were successful collaborations with female vocalists, Rebekka Bakken and Anna Lauvergnac. This time she uses a man to interpret the verses of a woman.

Cicero, who made his name recently as part of the "Soulounge" collective, is a virtuoso in the Kurt Elling tradition. When he first heard Hülsmann’s versions of Dickinson he was convinced: "This is really unusual. I have never sung anything like this." All of this resonates with his vocal chords: Curiosity and doubt, exuberance and introspection, instinct and cultured intelligence. This is a precise transformation of Dickinson’s poems, which celebrate nature and light – while embracing the dark and reflecting the transitory nature of life.
Julia Hülsmann has picked ten poems from the enormously rich body of Dickinson’s work for "Good Morning Midnight". Her music intuitively absorbs what is hinted at in the verses. Whether it is the careful probing of the piano solo in "I Cannot See", the insistent 1/8th notes which illustrate the urgency of "Tell Her", or the calm flow that carries the ballad "My River". An unexpected dimension is opened by the subtle electronica provided by Tilman Ehrhorn. A new colour in Julia Hülsmann’s work, as are the warm horn arrangements on "Will There Really Be a Morning" and "Riverman", that are reminiscent of Gil Evans. They are by Hülsmann’s bassist and partner Marc Muellbauer. It was his suggestion to add Nick Drake’s enigmatic song as the only cover on the CD. It fits the conception perfectly.
The tension between art and pop, between American poems from the 19th century and European contemporary jazz resolves into a satisfying whole on this CD. "Good Morning Midnight". The sun rises from the darkest night.