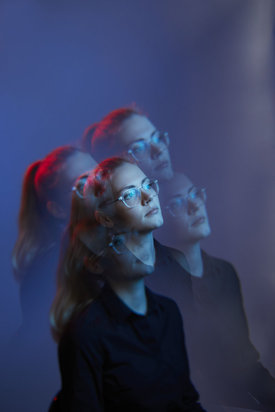 Produced by the artist

The Süddeutsche Zeitung hailed Johanna Summer's performance at the Young Munich Jazz Prize in 2018 as "a small sensation": for just under an hour, the pianist, born in Plauen in Saxony in 1995 and now living in Berlin, had encompassed a whole gamut from enjoying the harmonic and rhythmic freedom of jazz to savouring the kind of refinement and discipline that her training as a classical pianist gives her. In a packed Unterfahrt club in Munich, the audience had been rapt and totally quiet as it listened: smiles during the more rousing passages, and then a collective holding of the breath during moments of suspense. The Süddeutsche’s had critic marvelled at her "amazing gift to make well-known melodies sound so convincingly her own, they develop a real sense of creative urgency.” The fact that Summer won the prize itself almost became incidental; far more significant was the fact that this competition heralded the arrival of one of the most interesting new pianists in European jazz.

"I always wanted to learn the piano. And not just any piano, but a grand piano. Big instrument. Really suits me!" Johanna Summer remembers. And: "I loved to play very much, but as a child I was really lazy about practising. There were several times when I just wanted to give up because there were so many other things that were interesting me. I would have really loved to become a footballer..." The first steps on her path as musician were to a music school, then a jazz ensemble, and these were followed by her entering the German nationwide competitions ‘Jugend musiziert’ (youth plays music) and Jugend jazzt (youth plays jazz). So the piano and jazz both did take hold after all. "By the time I was sixteen, playing the piano was clearly the thing I was able to do the best, and it was also the thing that captivated me the most," she now reflects. Thereafter followed studies at the Musikhochschule (music academy) in Dresden and a two-year stint with the German national youth jazz orchestra "BuJazzO", an ensemble in which the top young players in Germany congregate.

While studying in Dresden Johanna Summer discovered an enthusiasm for free extemporisation. She was drawn to exploring the expressive possibilities of duos and trios, but when it came to playing solo piano she did something highly individual: she would take a variety of pieces from the jazz and classical repertoires and do improvisations on them which extended the narratives of the original pieces. An important source of inspiration for her has been one of the professors in Dresden, and a major figure in East German jazz, the drummer and educator Günter "Baby" Sommer.

"In the beginning, it was really difficult for me, coming more from pop and classical music," says Summer. "Then you sit in front of this man who is one of the greats knowing that you have never tried to do anything like this before. But that was exactly the reason why I wanted to give it a go. I found it very exciting and then I quickly started to perform like this in public, because I think it's important to just do things; I find it exciting to be compelled to deal with musically challenging situations."

Whereas Summer’s first attempts at extended solo piano improvisation had used jazz standards as their points of departure, her debut album "Schumann Kaleidoskop" investigates a repertoire much closer to her own roots in Saxony. Schumann's cycles of piano pieces "Kinderszenen" (scenes from childhood) and "Album für die Jugend" (album for the young) had been familiar to her since childhood, not just as player and listener, but also – because Schumann was from nearby Zwickau – as works that originate in her region of Germany. From an early age she was enchanted by both the melodic and the pictorial aspects of these short pieces, she had loved how "Ritter vom Steckenpferd" (knight of the hobbyhorse), "Von fremden Ländern und Menschen" (of foreign lands and peoples) or "Mai, lieber Mai" (May, sweet May), convert a childlike view of the world into music. And yet, to make her own adaptations of seven of the pieces was a far from a simple task: "I worked for a long time on re-casting them, trying out all of the pieces in all keys and in a lot of different time signatures, creating several miniature interpretations and finally arrived at this selection, which I shaped into a cohesive sequence with a single arc." The depth of her involvement with the original Schumann pieces comes across strongly on the album. As does her impressive and complex personality as a jazz musician with a very wide range of expression: romantic passages and an instinct for melody, but also powerful grooves and exciting innovations. Despite there being such variety and depth, the listener never has the impression that Summer just wants to fire off as many ideas as she possibly can, or inded that her aim in this debut album is to present herself as a virtuoso. Quite the contrary. Everything she does is imbued with a deep sense of how to tell stories through music, a mature and clear vision of dramaturgy, dynamics, tension and atmosphere. A sentence written by Schumann seems to predict exactly the kind of new life that Johanna Summer has breathed into these pieces: "How infinite is the realm of forms, with everything that can be used and worked on for centuries to come."