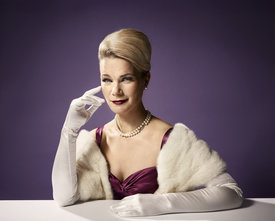 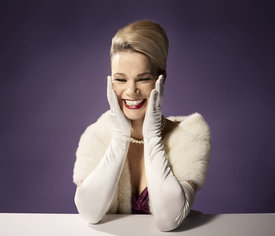 Strings arranged by the Fleshquartet

Recorded by Dag Lundqvist at studio Decibel on December 6 - 8, 2011
Mastered by Klaus Scheuermann

Most of us know songs like ‘Fever’, but the singer behind the songs is perhaps less familiar to most Europeans. As the Swedish singer Jessica Pilnäs explains, “Many of my friends and colleagues had never heard of Peggy Lee, although she did not only have a successful 40-year career as a unique performer, but also was one of the first singer-songwriters who wrote songs and lyrics herself”

In America Peggy Lee (1920-2002) is one of the great singers of the 20th century, alongside Ella Fitzgerald, Billie Holiday and Sarah Vaughan. Not only was she a star in the jazz circles after having been discovered by Benny Goodman as a twenty-year-old, but she was also known by the wider public. Lee is the only singer who had a US top ten single in the ‘40s, ‘50s and ‘60s. She also acted in several films, including the first sound film “The Jazz Singer”, was nominated for an Oscar and appeared on Broadway. It was a life according to the American dream – from a poor young waitress singing in bars to one of the most glamorous entertainers in the American music business.

When label boss Siggi Loch first presented the idea of paying homage to Peggy Lee, Jessica Pilnäs was instantly excited about it. As with Lee herself, Pilnäs has also remained true to her musical preferences – she has withstood the temptations of a hurried and superficial pop career. In 2000 after releasing her first pop album that sold more than 50 000 copies in Japan, she could have gone in for a career as playback singing ‘Isa”, a product controlled by a record company. However, her love for music and for jazz in particular was bigger. Instead of becoming a pop star, she studied medicine and remained faithful to music. Swedish jazz greats, such as Nils Landgren and her husband Johan Norberg, supported her career as a singer. She became a part of Landgren’s ‘Christmas with My Friends’ ensemble and two years ago the time was right for the start of her solo career, with the album “Bitter and Sweet” released on ACT. For the first time Pilnäs could choose her band members and perform the music that had been piling up over the years, and a conceptual album honouring Peggy Lee now follows.

While listening to ‘Norma Dolores Egstrom – A Tribute to Peggy Lee”, you could hardly imagine a singer who would better suit the project. Like Lee, Pilnäs doesn’t boast or brag with her virtuosity; rather her strengths are in the subtle nuances and details. The rhythmic variations, radical understatement and recitative parts, the ability to express more with minimal rubato, vibrato or decrescendo than others do with volume – these are characteristics that both artists share. Just like Peggy Lee, Pilnäs can slip into different roles with disarming ease – whether it is romantic (‘There’ll Be Another Spring“ or ‘This Is a Very Special Day’), seductive (‘Do I Love You’ or ‘Gonna Go Fishin’) or melancholy (‘What’s New’ or ‘Blue Prelude’).

To Jessica Pilnäs, there is a special story attached to Charlie Chaplin’s deeply moving song ‘Smile’ from the famous film ‘Modern Times’. “When I was a young and inexperienced doctor, I was working in a psychiatric hospital in Stockholm. There I had a patient – a depressive old woman, who didn’t really get anything out of life anymore. Nevertheless, we all hoped that she would make it because she was going to get her first grandchild soon. Indeed, we were able to send her home shortly before delivery. Three days later she came back. She couldn’t cope with her life outside the hospital and was so desperate that she could only scream. Nothing seemed to help. As I was left alone with her, I started singing ‘Smile’. To everyone’s amazement she became silent and said to me later, ‘Thank you for singing to me, Ms Pilnäs.’” This is an unforgettable example of the power of music, and one that is in evidence on the extremely slow and almost floating version that appears on the album.

Understatement in singing corresponds to the arrangements on ‘Tribute to Peggy Lee‘. “We deliberately didn’t use any drums,” Pilnäs says. Instead, Karl Olandersson’s trumpet is strengthening the melodies and their flow with its mostly lyrical sound or if needed with some heavy tones or bebop elements. Matthias Stahl’s vibraphone is impressive: equipped with the same variability and relying on the power of minimalism. The best example is his extremely reduced accompaniment on the classic ‘Fever’ that seems almost like a parody. On this song Pilnäs conveys the humour and irony in Peggy Lee’s music perfectly. On four songs, especially on ‘Smile’ and ‘It Never Entered My Mind’, the Swedish FleshQuartet joins in with their original and distinctive string arrangements that add another tonal as well as emotional dimension.

The fact that Peggy Lee’s ancestors were from Sweden, as her real name (Norma Deloris Egstrom) shows, doesn’t seem to have played much of a role in her career. Additionally, there seems to be no direct link between Swedish jazz, which has gained its lasting success with a harmonic mixture of jazz and pop, and Peggy Lee, whose music was also a combination of these two. However, despite the fact that it was no coincidence that Jessica Pilnäs has decided to record this great tribute album, we are still lucky to be invited to rediscover someone whose wider body of work has been unjustly sidelined.