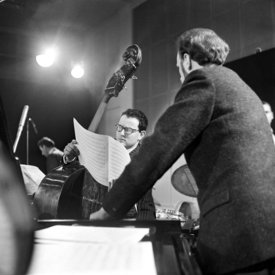 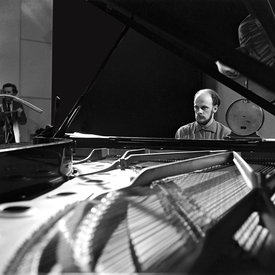 Recorded from 1964 - 1968, except #13 from 1973
All music produced and recorded by NDR Norddeutscher Rundfunk Hamburg, Germany

With his timeless interpretations of folk songs on 1963’s “Jazz på Svenska” with bassist Georg Riedel, still the best-selling jazz album of all time in Sweden, pianist Jan Johansson led the way in Swedish jazz during his lifetime. Born in 1931, Johansson became known to the general public as a member of Stan Getz’s band in the 1950s, and later became the first European musician to play on Norman Granz’s famous American “Jazz at the Philharmonics” series. Had he not died in a car accident at the young age of just 37, he would no doubt have still been held in high regard alongside other internationally famous European jazz stars such Albert Mangelsdorff. “A lot of people considered him to be the best. Not only because he played Swedish folk music so uniquely, but also due to his avant-garde side. It was so modern that even music that young jazz musicians play today is not more progressive than that,” says Riedel.

“Jan Johansson in Hamburg” is an outstanding compilation of material recorded for the NDR between the years 1964 and 1968, including music from the legendary NDR workshops - ranging from some playfully improvised Swedish folk songs to versions of American standards and Georg Riedel’s own composition “Sommar adjö”. “Our co-operation with the NDR was of great importance to us and we were there regularly. This was one of the main reasons why Swedish jazz was so famous in Germany at the time. Producer Hans Gertberg invited several European jazz musicians to the workshops and also many Swedish ones, recalls Riedel. “The creativity over there was something truly extraordinary. Usually, we did not play songs out of our normal repertoire, but rather created something special for the workshops. The lineup was often especially put together for this occasion.”

Shortly before his death Johansson wrote the music for the first Pippi Longstocking film - a demo tape with the melody of “Här kommer Pippi Långstrump“ was all that was left after the accident. Riedel continued to work on the film music of Astrid Lindgren’s books until the 1980s. The world-famous children’s song concludes the album as a tribute to its creator – a jazz legend who died long before his time.