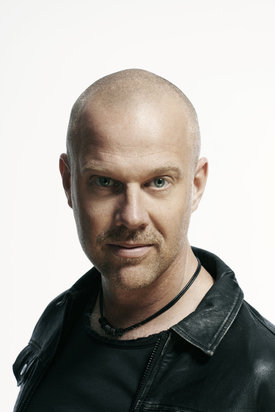 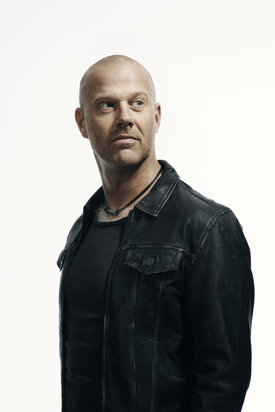 Music composed by Jacob Karlzon, except 03 by U2

Unmistakably now one of the best pianists in Europe, Jacob Karlzon’s music and personality are possessed of a radiance and vitality that has won audiences over worldwide. But Karlzon wants more – in terms of sound, composition and concept – and doesn’t really care much for categories and genre-labelling. Instead, Karlzon chooses to draw tastefully and fervently from the best of two worlds - the openness, curiosity and energy of jazz, and the power, catchiness and the production techniques of pop. And so it is on his latest album “Shine” – first and foremost an instrumental song album with which Karlzon perfectly captures the spirit of the age and swims with the tide of extraordinarily successful piano frontier-crossers the likes of Nils Frahm, Olafur Arnalds or Francesco Tristano, for whom, regardless of how different they may be, it is only the music that counts, wherever it comes from.

On “Shine”, Karlzon continues on the path he laid out with his celebrated ACT debut “More” in 2012. The album was something of a landmark in Karlzon’s oeuvre, as The Guardian (UK) pointed out: “Karlzon may be more widely known as a piano partner of the singer Viktoria Tolstoy, but this bright set ought to increase his own network. Karlzon looks and sounds like a man who hugely enjoys his work, and though the territory of […] electronica-influenced piano jazz is a crowded one, the tunes here are simple but very infectious, and the fusion of pop grooves, jazz improv and classical phrasing doesn't sound forced for a moment.”

Another major challenge that Karlzon mastered superbly together with his long-time bassist Hans Andersson and drummer Robert Mehmet Ikiz, among other things the “motor” of the Nils Landgren Funk Unit, was making the multi-layered sound and complex dynamic of the album work live: With a good 100 celebrated concerts in the last two years, the “Jacob Karlzon 3” are among the most sought-after and successful live acts of their kind.The new album “Shine” profits audibly from the experience gained on stage by the now savvy and extremely tight band. Karlzon pursues the vision of his own sound more directly than ever before; one of an acoustic trio interacting at the highest level, merging together to form a single homogeneous whole.

And on “Shine”, Karlzon further consolidates and concentrates his concept of instrumental songwriting, as he notes “This time I wanted to take it a step further. This album uses pop production methods even more, and integrates an even greater range of aesthetics to accentuate the character of each individual song, without losing sight of a well-rounded, coherent overall style. It is altogether clearer and more uncompromising; both the song-writing and the playing.” It all culminates in nine songs that run the gamut from groovy and gripping, to delicate, fragile and touching, and that together form a perfectly rounded album. The title track “Shine” epitomises the album, from the very first note it snake-charms its way into the ears and down to the legs. Synth-particles shimmer and gleam over the driving groove and irrepressible melody, and the intensity knows no way but up. From  his first solo, Karlzon lets us know what real piano-playing is all about.

To shine is the central motif in this record, as Karlzon explains: “From a musical standpoint, a constantly changing glow permeates the entire album. It varies from the morning Sun and the light of spring to the bittersweet shimmer of evening, autumn and winter. I hope that this music helps each and everyone who hears it to shine a little in their daily life. It would be great if people were to listen to my music in totally different situations, if they were to dance to it, relax to it or just sit back and devote their entire attention to it.”

Alongside eight of his own compositions, the U2 classic “I Still Haven’t Found What I’m Looking For“ is also on the record. In this fragile, achingly beautiful solo-piano version, Karlzon brings a central theme of his artistry to the fore: “The jazz tradition was never my reason for playing improvised music. What excited me was the opportunity to communicate with other people using its extraordinarily broad spectrum. It is of paramount importance to me to do so without any prejudices; both as a musician and as a human being.”