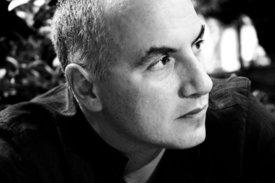 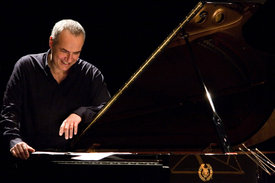 ACT has always boasted an impressive roster of jazz pianists: Esbjörn Svensson, Jan Lundgren, Ramon Valle, Kevin Hays, Don Friedman, Richie Beirach, Vijay Iyer, Joachim Kühn, Michael Wollny, as well as recent signing Vladyslav Sendecki and Yaron Herman, soon to release his debut recording for the label. This exclusive list now also includes one of the best Italian jazz musicians around, one who stands alongside globally renowned names such as Stefano Bollani and Enrico Pieranunzi - the Roman pianist Danilo Rea. Since his 1975 debut in the Trio di Roma group with bass player Enzo Pietropaoli and drummer Roberto Gatto (he still works with both today), Rea has established himself internationally. Even though he has only performed in the USA three times, he has played with many US stars in Europe from Chet Baker, Lee Konitz, Steve Grossman and Michael Brecker to Billy Cobham, Gato Barbieri, Joe Lovano, Kenny Wheeler and John Scofield.

Listening to Rea quickly reveals what predestined him for such a career. On the one hand it is his diversity; before he turned his attentions to jazz, Rea studied classical piano at the Santa Cecilia Conservatory in Rome, but during that time he was also interested in progressive rock. On the other hand it is his improvisational imagination; he has often been compared to Keith Jarrett because of his fondness for creating solo suites out of and for the moment, the way in which he accesses existing music and, not least, because of his alchemical ability to transfer these “templates” into his own style.

In contrast to Jarrett though, Rea gets his inspiration less from the Great American Songbook and more from his own Italian music tradition – from classical to Ennio Morricone to Italian-pop. It is therefore hardly surprising that in his homeland, he is regarded as the great lyricist amongst jazz musicians, an accolade which he highlighted with his interpretive 2007 set of operatic melodies with the solo CD Lirico. Parallel to his jazz playing, Rea has always been active in Italian pop music, playing with many cantautori – singer-songwriters and singers – such as Claudio Baglioni, Domenico Modugno, Gianni Morandi, Pino Daniele and Mina.

All these qualities can now be found on Rea’s ACT debut, the tenth album in the “Piano Works” series with which Rea continues with two ACT traditions. The first of these is Schloss Elmau, where the album was recorded – a luxury retreat in a picturesque setting in the heart of the Klais valley which has been a favoured place of inspiration for many ACT artists. Esbjörn Svensson called the stronghold his “favourite hideaway”, while Nils Landgren, Michael Wollny with Joachim Kühn and most recently, Vladyslav Sendecki have all recorded great sessions there.

Many ACT musicians also have a fondness for homage to other great figures – Rigmor Gustafsson with Michel Legrand and Dionne Warwick; radio.string.quartet.vienna with John McLaughlin’s Mahavishnu Orchestra; Nguyên Lê’s great love of Jimi Hendrix or Oddjob’s fascination with the themes of Clint Eastwood’s films. Danilo Rea’s solo album recorded at Schloss Elmau has the subtitle, “A Tribute to Fabrizio De André”. Largely unknown outside of Italy, De André was called “Faber” by his fans and friends, and until his premature death in 1999 was one of the most famous cantautori in Italy who performed socially challenging and inspiring songs, often written about the more impoverished and downtrodden members of society – his works are still featured in school text books in Italy today. Stripped of their actual word meaning, masterpieces such as the early hit, La Canzone di Marinella (1963) or Il Pescatore, are the ideal inspiration for Rea’s creative power.

From the frenzied, almost classic study of the opening Bocca di Rosa, the chromatically dazzling ballad Oona (combined with Caro Amore), and the swinging syncopated blues of La Ballata Dell’Amore Cieco, through to self-indulgent melancholy (La Stagione del tuo Amore) and free jazz impressions (Girotondo), Danilo Rea succeeds in creating a tribute to De André’s melodies which is simply overflowing with melodic and technical brilliance, true to the motto which Rea learnt from his classical teacher Lilliana Vallazza: “She always said to me, whatever you play, always think of the sound. When you play a key, make it profound.” His solo recording is outstanding evidence of how profoundly Rea is able to apply this, note for note. And at the same time, it gives listeners the long overdue opportunity to get to know two of Italy’s most important musicians: Danilo Rea and Fabrizio De André.